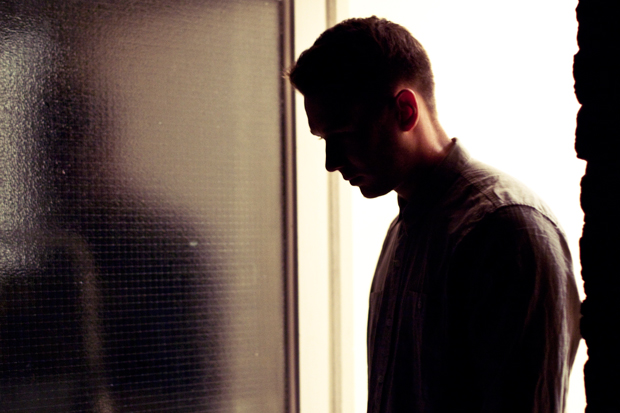 Out of post-dubstep era in the UK, Jake Martin emerged as an artist and DJ during one of the more fertile periods of UK music. Venturing through the deeper aspects of House with an uniquely UK take on the genre, Martin started producing music with Matthew Lambert as Outboxx in Bristol at the turn of this decade. Deep chords, broken-beat interruptions and R&B vocals informed their work, capturing the zeitgeist of the time that also saw the rise of producers like Julio Bashmore, Seven Davis Jnr, Kowton and Joy Orbison. While releasing records as Outboxx on labels like Idle hands and Future Boogie, Martin also embarked on a solo career as Hodge, with the first few releases congruous with the music Outboxx was producing at the time, but with Martin’s wholly idiosyncratic take.

A few years into his solo career, Martin’s music started to shift as Hodge, moving into darker timbres and favouring the more accessible 4-4 beat arrangements from Techno. Releases on Livity Sound, Hotline Recordings, Berceuse Heroique and Hemlock Recordings followed in this phase, and collaborations with Randomer, Pev and Peder Mannerfelt, installed Hodge in a new progressive era of Techno amongst those artists. His latest EP on Berceuse Heroique, Between two Moons, expounds on previous records yet again, with a melodic, atmospheric take on Techno that works as well over a set of headphones as it does on the dance floor.

As Hodge, Martin’s sets bear resemblance to his production work and while his sets on Rinse FM explore the furthest reaches of electronic music for listening audiences, his club sets cater to the functional demand on the dance floor. It’s unsure how much of his production work informs his sets and just what exactly influences his evolutions as a DJ and producer, but with an upcoming appearance at Karima F’s Affirmative Action during Bypåske we jumped on the opportunity to send some questions to UK DJ and producer.

Hello Jake and Thank you for taking the time to answer a few questions for us. Where are you at the moment and what are you listening to / watching / reading?

I’m in Bristol, have been on bancamp mission the last few days mainly listening to music from labels Bedouin, Latency and Offen at the moment. I’ve just starting to read Binti by Nnedi Okorafor – still on the first few pages… the last films I’ve seen in the past week were Lady Bird; I rewatched Persona oh and I watched the new Jumanji haha.

Any of it inspiring you musically at right now?

Yeah, I take a lot of my inspiration from books and films and I’ve heard really good things about this book. it’s won the Hugo and Nebula awards so fingers crossed. I’m into it, I love the concept. Musically I’m definitely influenced from the 3 labels I mentioned – so much good music!

Talking about inspirations, the UK has always had its fair share of disparate electronic scenes influencing its artists. What were some of those early influences that continue to make an impact in your work do you think?

It depends how early you’re talking; for me I guess what resonates the most is the time I first got fully obsessed with UK music. So that would be around 16 going to college and listening to drum n bass and uk garage and then more of the obvious stuff everyone listens to when they first go to college to study – music like Boards of Canada, DJ Shadow, Aphex Twin etc

After that I moved to Bristol at 19 and got heavily into dubstep and then house and techno a few years later. I think realistically it’s all stayed with me and influences how I write for sure. Few tunes off the top of my head to try and be more specific on some influences would probably be Shimon + Andy C – Nightflight, Peverelist – Roll with the Punches and Ratty – Bells Of Dawn

What came first for you – DJing or production and how did the first affect the latter?

I first got some 1210s and a bunch of jungle and drum n bass records when I was around 16, but never really took it too seriously, just mixing with mates in bedrooms. I then started making music years later, and I guess that’s when I started taking things more seriously to an artistic level as such. So hard to say what came first, probably the production in my head anyway. The djing really influences the production – mainly as when I write music part of my thought process is always considering the dance floor and that’s started more after I’ve been playing out a lot.

We first heard of you through Outboxx, your project with Matthew Lambert, but you had already been making music as Hodge by then. How did those two musical projects differ for you?

Well Outboxx came about by a few people coming around my house to see a house mate and one guy ( Matt ) knocked on my door after he heard me making music and came in and played some chords on my keyboard. We ended up jamming and had a first track done before we’d really ever spoke much. We signed it 2 days later and then the Outboxx project was born! Really strange. The projects differed because Outboxx was jamming with new friends, and also with Naomi who sang on some of our stuff, it was just us having fun and making some music.

Around the start of Outboxx and Hodge, the UK certainly had a fertile electronic music scene with a whole host of people coming out of dubstep and moving into Techno, Garage and House. What are your memories of that period and why did you think it was so encouraging?

It was exciting, two worlds colliding. My memories would mainly be around stuff like Skull Disco for example, that was mad. I was obsessed with genres colliding like that – found it fascinating. Now I’m totally bored with trying to name everything as a genre and just focus on music and not trying to catagorise stuff,.I guess everyone, myself included, was just trying to process what was happening in real time so needed tags and buzzwords to get a handle on it. I absolutely loved that era as I was so hungry for new music and there was always something new being released.

Was there something in Bristol during this time that set it apart from the rest of the UK?

For me I’d say yes because I lived here so that immediately sets it apart from the rest of the UK for me personally. I’m sure there were amazing things happening all over it’s just I felt part of the Bristol thing and that’s an amazing feeling. I guess there was just a great community of people making music from here with lots of friends being involved in totally different scenes.

There was an Outboxx track released last year for the Disc Shop Zero tribute, but it sounds like something out of your back catalogue. Is the outboxx project still active?

Not really no, it’s an old track that Rob Smith has remixed. I haven’t actually seen Matt in a while, the project kinda slowed to a halt as my Hodge stuff started to gain momentum. I started playing out every weekend and Matt started a 9-5 job in the week so he was busy in the week and I was busy on the weekend and that basically stopped it! Plus I got super bored of house music so the Hodge stuff was much more exciting to me.

Yes, your music as Hodge dramatically shifted from the deeper kind of House you were making around 2013 to a the more atmospheric Techno your known for today. What was the catalyst for the shift in your sound?

Livity Sound. I saw those guys play live when we did a Boiler Room together (Outboxx and Livit ) and I was like omg what is this, basically drove straight home and got back in the studio. Kinda cool that I now help run the Livity nights in Bristol with Tom and release on the label considering how big of an influence it was to me

Did your sound as a DJ shift at the time too?

In a RA interview with you from around this time it said that your “biggest influence at the moment is the techno-hungry European crowd”. I can understand how a crowd might influence a set, but how do you channel that energy into the studio?

I just ended up with 4-4 growing on me more and more, to the point where my tunes now often have a 4-4 kick – it just works so quickly. I have to go out of my way to write more broken stuff these days.

Well Randomer is a production genius haha. He literally is amazing on Ableton – so learning new techniques from him has definitely influenced the way I work. Everyone has different techniques and methods so seeing them in use is exciting, I think working with others you will constantly grow.

I’ve caught a couple of your Rinse shows recently and they’re quite exploratory, something that works well on the radio, but not always in a club. How might a Hodge club-set differ?

Well the club set is aimed at making people dance, radio is just me playing a mixture of music I love!

You played your recent Berceuse Heroique (I still don’t know how to pronounce the label name) track on your last Rinse show. Do you play a lot of your own music out too?

Yeah I try to. When I first was going out to see artists so many would never play their own music and as I was seeing them play as I loved their music I wanted to hear it ! So I try and consider that and play some of my music when I play out. It’s hard though, sometimes I feel my own productions don’t fit in my own sets. Confusing I know.

That last release Beneath Two Moons, seems a little different from the previous releases on Hemlock which were more stoic percussive dance floor workouts. Is there a change of direction there in your work again?

The change isn’t something I’ve planned or plotted. I’m just always writing and those were 4 I wrote in a row. I guess this is the first record you can really hear the 4-4 influence hitting my music. I’ve explored a lot of broken rhythms in my previous 12s so it’s nice to have a new thing (for me) to play with.

Where do you see your future releases taking you and the listener?

I have no idea. I guess I’m making lots more music which is less direct attempts at bangers for the dance floor at the moment, experimenting more!

What track from that EP might be a good indication of what your music will sound like on the night at Jæger?

And besides Beneath two Moons what other music are looking forward to bringing over and sharing with us?

I’ve got lots of new unreleased tracks I wanna play out, new stuff from Bristol like Livity, Timedance and Wisdom Teeth.

We look forward to hearing them on the night. Thanks Jake and see you in the booth.