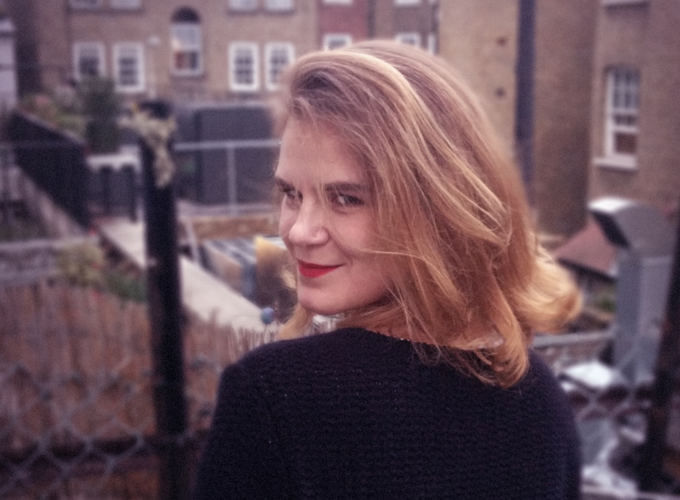 Radio programmer; label owner; successful recording artist across genres; and a DJ Inês Borges Coutinho must be one of the busiest people working in electronic music today. In 2017 she debuted her new label Naive, with “Togetherness”, a three-track EP under her House and Techno-leaning Violet moniker, but NAIVE001 is only the tip of an iceberg. Her musical career in fact stretches back to her adolescent years where she and her cousin first started making music as A.M.O.R, a Portuguese Hip Hop outfit that went on to find success over the digital airwaves for its extensive sonic range and its exoticism.

At A.M.O.R she honed her production and songwriting craft while nurturing a varied palette of musical influences, with club music always keeping a close proximity to everything she did. Around the same time as working on A.M.O.R’s 2013’ album “Infinity” Inês developed her admiration for club music into a fully formed project under the Violet moniker.

As Violet, her productions and remixes have found themselves on One Eyed Jacks, Cómeme, Paraíso and Snuff Trax, and more recently her own label, Naive. In recent years, Violet has also taken to the airwaves with her own Rádio Quântica, an independent, online radio station for which she curates shows and hosts regular night for at Lisbon’s Lux Frágil, but it would a more politically motivated project that would bring her to our attention.

In 2014 for international Women’s Day, she released the first in a series of classic club tracks, covered by the artist and a host of international collaborators. Violet’s version of Underground Resistance’s “Transitions” immediately caught the attention of the world, no less UR themselves and the series has been running for three years today with versions of classic’s like “I need a Freak” and “Let there be House”, featuring the likes of Charlotte Bendiks, Debonair and her A.M.O.R bandmates, with all proceeds going to gender equality NGO’s.

Inês Borges Coutinho’s accomplishments are clearly many and it’s hard to imagine one person finding all the time to do all these things let alone find time to indulge some curious questions, yet she still managed to find time for us and our panadantic questions before she comes out for IRONI this weekend.

I want to start by asking you about your earliest musical experiences, because from your Hip-Hop project A.M.O.R to your production work as Violet and of course your DJ sets there’s a vast array of different sonic elements that I hear when listening to the music.

I started making music more seriously (but still in a playful way) in 2006 as A.M.O.R. – writing lyrics and trying to come up with beats on Fruity Loops and on an MPC2000XL. Before that my only experiences in music making were improvising with a guitar and coming up with vocal melodies – really, really basic stuff.

Besides you (the central figure behind it all) where do all these different aspects find an equal ground in your musical personality?

I guess just the fact that like every human I go through lots of different feelings and am exposed to all these things that influence me: people, places, sounds, experiences, conversations. So perhaps it just boils down to my openness to integrate all of these inputs into my music. I’m not too in love with the idea of staying in a specific lane, sonically or genre-wise.

When you moved on from A.M.O.R, which was largely a group effort as far as I can tell, to Violet, what did you find you were able to express musically that you couldn’t really do as part of A.M.O.R?

A.M.O.R. is a rap and DJ crew more so than a production team, so we kinda explore different angles of music making. I convey different energies in each project, although none of them is really limited in any way.

Why did you move into House / Techno music specifically?

A bunch of reasons. I’ve loved clubbing since I was a teenager, started going out at 13 – in the mid-nineties dance music was super popular in Portugal, we had a couple labels and quite a few successful DJs – DJ Vibe and Luis Leite being the main influences for me personally. So listening to Luis Leite Alcantara-Mar mixtapes and going out was a big part of the early wiring towards

Is the A.M.O.R project still active?

It is! We haven’t released new music in a while, but we still DJ together regularly and we run a radio show and a night called Summer Of Love.

I find your Violet project is a very collage-like assemblage of a variety of different musical colours, but what do you look for in sample and how much of a sample informs a track?

When I decide to use a sample, I normally do it because it resonates with my sensibility: it’s either sonically intriguing (or I can see myself making it more so with fx) or makes me feel some type of way. Sometimes I just sample loops from classic drum machines I love for that archetypal referencing that still teaches so much to dance music – especially if done in a subversive way. As to how much a sample informs a track, I guess it depends on the track to be fair – but it mostly informs texture and colour, rather than structure or melody.

I suppose an extension to that question would also be what do you look for in a track in your DJ sets?

That is a very hard question, as my sets are a real collage/patchwork so I can look for many different things at different times. Again, as with the samples I decide to use, I certainly look for emotional impact, sonic interest, sometimes for hardness, sometimes for softness. I love rough synth textures as much as I like dreamy pads, I love techno as much as acid house or jungle or electro or even boogie – so it’s hard to put my finger on it. I guess when I’m looking for music, I let it play and see if it speaks to me.

I’ve read that your work starts with samples and then moves into some improvisation on a 303 clone; processes that are very much instrumental to House music. How much influence do things like genre and instruments have one your music?

It depends. That could definitely be a process for one of my tracks, but it’s always different really – most times I’ll simply use Ableton, other times I’ll use some home recordings of instruments or synths. I don’t really think about genre when I’m making music, although it is true that so far I’ve made mostly house and techno music, influenced by various subgenres. But I’ve also written a few songs, and some chilled electronic stuff. I feel like my music is an immaterial extension of myself so it can be lots of things (just like I can be lots of things).

How much of  a conceptual or initial thought  is there before you even approach your instruments?

It’s quite rare that I approach an instrument with an idea in mind, although it has happened – like having a melody in my head and trying to write it down, or occurring to me that I could experiment with using a specific effect on a specific element. I tend to pick up whatever I’m using and start playing, having fun, experimenting. Many times I start recording right away, jam a little and then trim everything down and work with my favourite bits.

Your International Women’s Day project has been going for three years now. Tell us a bit about what inspired you to start this project?

The main goals were to have fun re-interpreting beautiful male-led classics with women, to raise awareness of how many of us are active and helping create dance music history, also at its core was a collaborative spirit.

We’ve just been made aware of a series of gruesome cases of sexual harassment and misogyny in Hollywood. How much of an effect do you believe artistic projects like yours have on  serious gender inequality issues like these?

I try to humbly raise awareness about gender inequality, racism, homophobia, transphobia, classism and other inequalities via not only my music and free DJing/production workshops I’ve been running for girls and LGBTQIA+ folk, but also through the way I program my nights and the radio station – and even through my online presence. My reach is quite limited, but imagine if everyone raised their voice about these issues using however little time and resources they had – I think things would probably change faster and I think some dangerous habits that reinforce the status quo would be dissolved because I believe awareness really does change most people’s behaviours with time. So, as much as I know my contribution is very small, I can’t help but do my bit.

I recently spoke to our resident Karima F about issues of gender inequity plaguing the music industry. She believed that part of the problem was that men tend to institutionalise making music and DJing in a way that this very accessible thing becomes their exclusive domain. As a successful recording artist and DJ, what are your thoughts on this and is it something that you still experience?

I agree with Karima: the status quo is unfortunately still very male-led and the preservation of privilege is very much present – as it is in many other cultural and professional landscapes. We definitely need to make a joint effort as a society to stop reinforcing that imbalanced status quo, starting by educating children in a different way, teaching them about parity, and men need to unlearn the gatekeeper philosophy that has been fed to them by societal expectations so that we can all benefit from the same structures and feel welcome and safe in all of them.

Apart from making music and Djing, you also program shows for Rádio Quântica, host nights at Lúx, create mixes for fashion shows, and this year you’ve also started a new imprint Naive. What’s the singular thing that motivates you across all these projects?

Mostly people and how good they can be – how inspiring it is to work with people you love, admire and believe in. And how together, people really can change this weird world for the better.

Will the label feature any other artists or will it solely be vehicle for your work?

It will feature other artists as well.

What are you currently looking forward to in your own music, DJ mixes, label and Radio show?

I’m just finishing the second naive release, I’m really excited about it. I’m also finishing demos for labels I’m in touch with and will continue to feature guest mixes and new material I’m feeling on the radio shows.

I always prepare a different selection for each city/club I perform at, so it’s always different in terms of what I play – but the energy I’m going for can also change in intensity depending on what’s going down in the room and the DJs playing with me. So I think it will be a lovely co-creation between my dear Charlotte, the dancers and I.

I think I’ve asked just about every question there and just have one more request… Can you play us out with a song?

Sure :) Here’s one of my all-time fav songs. Not something I play out very often but definitely a favourite at home to help me get my spirits up. See you soon everyone!