My social media feed often plays host to a Karl Fraunhofer video, featuring the producer and DJ tinkering with a new synth and/or drum machine or working on a new track, and it always jumps out at me from the screen. More than often it sits at the extremities of Techno, as that uncompromising machine sound, exported from Berlin with a hint of an icy arctic Techno atmosphere. So it comes somewhat as a surprise that for his edition of the Jæger mix he’s left the 909 kicks at the door and assumed his eponymous DJ alias for an unlikely mix exploring the electronic fringes of House and Disco. He refers to the music as “Satandiscohouse”, and as you expect from the hardware-obsessive, there’s a hefty machine aesthetic to this mix with the sound sitting somewhere between the rhythms of  Giorgio Moroder and the evocative electronic atmospheres Vangelis, but retaining a sense of high-energy that come with those Fraunhofer videos.

Tracks border on the dimension of an eighties-inspired synth sound from the likes of Alcalin Blue before getting whisked up in a female vocal to a Joey Negro Disco track. Needless to say it brought up a some questions so we’ve taken this opportunity to install a new feature for the Jæger mix, and Fraunhofer opted for guinea pig in a a new Q&A section for the Æmix. Eight universal question intended to probe the DJ and the ideas behind their Æmix, have brought up a few surprises, no less the sound of Fraunhofer’s mix. 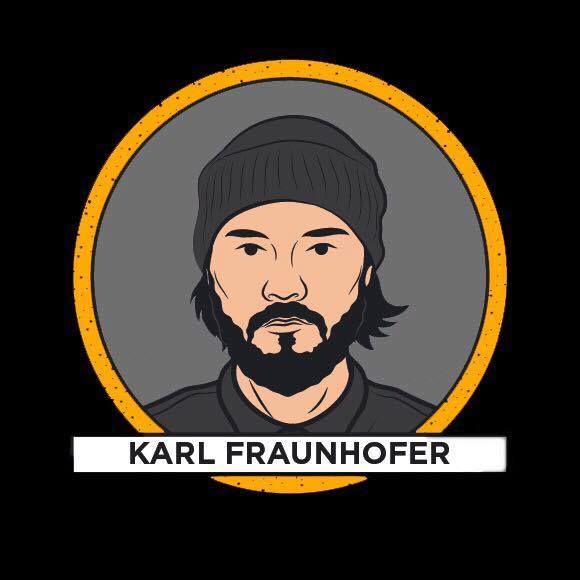 Give us an introduction.
Karl is my name and Dortmund is my game.

What is your earliest memory of a piece of music?
The Terminator 1 theme.
What sound or genre do you feel represents what you try to do through your selections?
Mostly a rugged Techno feel, but it really depends on my mood. I can sometimes go funky or Housy. But I mainly focus on House and Techno. When I get the 80’s kick, I go retrowave.
What do you consider your role as DJ should be?
Please the crowd and have a good time. Also represent new tracks and my own production.
What was the theme of your mix?
Satanadiscohouse; no really just to build the set from mellow to a dancy groove theme. I have a love for 909 hats.
Which track in your Æmix best represents the theme of your mix and why?
I would say ART OF TONES – I just Canat (Get over it). It has all the elements I like, Disco, Acid and a subtle house groove. I would consider it  a flexible track.
What do you hope your Æmix relays to the listener?
A groovy adventure of tracks I like.
What follows for you after this mix?
Getting back to the studio to cook something new.