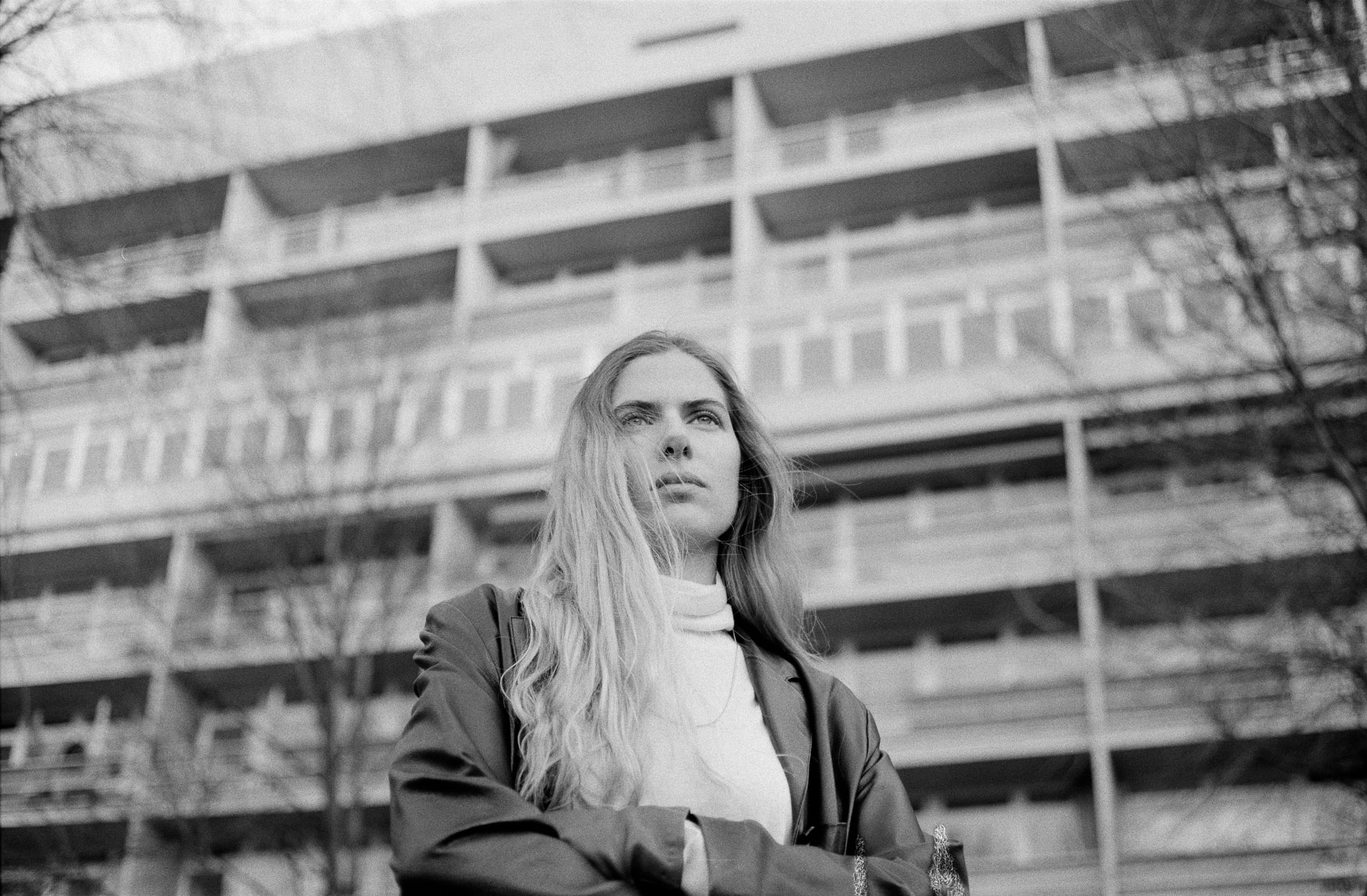 I have a distinct memory of hearing Laurel Halo’s Quarantine for the first time. Her un-processed vocals, on the edge of breaking, counteracting the sweet harmonic of a distant obscure electronic accompaniment. It delivered something visceral and provocative to the ear. There was something in her voice that stretched over familiar melodic intervals that was reminiscent of Bjørk, but touched at a depth that even the Icelandic artist hadn’t been able to reach until Vulnicura. While Halo’s vocal certainly enchanted, it was the way they played against the lattice-like textures of the abstract synthesis, that had made Quarantine an album like nothing you’d ever heard before. Parallels can obviously be drawn between the aforementioned Bjørk and the monosyllabic speech patterns of Laurie Anderson, but where artists like those relied on a wholly pop-aesthetic, Laurel Halo’s production and songwriting bared closer resemblance to someone like Shackleton, than anything from a pop vocabulary. 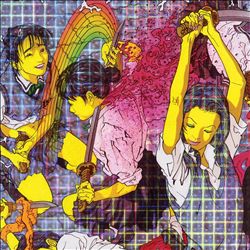 Quarantine made an instant impression on the listener and whether you liked it or loathed it, it was definitely not inadmissible. Critics merely praised it, and accolades for Laurel Halo’s work came in abundance, but public opinion definitely remained divided. “The record’s not meant for everyone”, explained Halo in an interview with the Quietus shortly after the release. “(I)t’s not a pop record in the slightest so I think people expecting that would be disappointed by the vocal tone and production approach.” By the time you get to the second song on the album “Years” you would either be entranced or disenchanted by the beat-less sojourn through Halo’s emotive depths on her debut album. Although Halo’s debut EP, King Felix certainly had ears pricking up everywhere, it would be Quarantine that launched her career, making a vivid statement from the music right through to the artwork, designed by Makota Aira; a colourful and humorous display of Seppuku (ritual Japanese suicide).

Musically tutored in a very traditional, classical sense, and originally from Ann Arbor Michigan, Halo was schooled in electronic music in the neighbouring city Detroit where she still has “fond memories of New Year’s Eve and going to DEMF and other summer music fests” according to a 2012 Self-Titled interview. Born into a creative family, her father, stepmother and mother all visual artists, Halo chose music as her creative outlet. “I’m not sure how it transferred really!” she muses in that self-titled mag interview, but what started as writing songs at the piano, turned into production, while at the same time she picked up DJing through college- and local radio in Michigan. By the time King Felix had reached the world, Laurel Halo had defined a sound in her music. That sound would go from the beatific avant-pop of her first EP, to the emotive drudging through Quarantine, and would eventually end up in the instrumental pseudo-club realm of Chance of Rain.

Chance of Rain as Halo’s sophomore album featured a bold move from the artist as the first recorded EP/LP completely devoid of her vocal. Channeling that raw intimacy of Quarantine into a primal urgency, Laurel Halo’s focus turned to rhythm on Chance of Rain. ”I wanted to try making some textural, rhythmic music that was anchored by a peaceful center,” she explains in a DummyMag interview from 2013. The result was a melancholic music for a David Lynch club scene. Where Quarantine loiters and idles Chance of Rain moves and plunders. Polyrhythmic percussion arrangements lie on the fringes of club music with a warm, nebulous cloud of sound engulfing the entire album. The percussive accents jut out from the smoggy textures, jaggedly piercing the timeline of tracks like the title track and “Ainnome” in a clamouring towards some ineffable movement. “When you’re feeling a rhythm and you’re in a moment, everything else dissolves”, says Halo in that DummyMag interview, but why drop the vocals entirely for the album when they made such an intrinsic impression on the debut?

In an interview with Spin Halo told Philip Sherburne that she “would only sing maybe three songs in a live set that lasted an hour, and the rest was instrumental” and while Quarantine was a studio album, Chance of Rain and the EPs around it, namely Behind the Green Door and In Situ, were Halo approaching music from a live context. “So there is a disjoint between ‘Quarantine’ and ‘Chance of Rain’ in the sense that ‘Quarantine’ is entirely a studio record and then I had to retro-engineer those tracks to figure out how to play live”, she explains in DummyMag,  “so I said to myself going forward you’re going to make music for live first.”

It doesn’t quite explain why there’s a not a a single whisper of a vocal on Halo’s music from that time since she would still sing live, but something she mentioned in a recent Fader interview might give us a clue. “Writing songs is exposing an aspect of your private self”, she told Aimee Cliff in that interview while on the subject of singing. After Quarantine was released, people would often come up to her asking if she’s alright, suggesting that Chance of Rain, In Situ and Behind the Green Door were a direct response to this and found Halo taking a more impersonal, functional route, but retaining the distinct aura of her personality, albeit from a wholly instrumental approach.

What might have felt “disjointed” in style and approach between Quarantine and Chance of Rain was sonically very similar, and something Laurel Halo would consolidate on her third album, Dust. What followed the melodically acute Quarantine and rhythmically obscure Chance of Rain, was an album that combined the best of both worlds in Halo’s lattice production style as a very aesthetically approachable avant-pop record. The return of Halo’s vocals on her recorded music, didn’t find her returning to the emotionally somber atmosphere of her first record, but rather a more buoyant, upbeat disposition laced with traces of sardonic humour in her lyrics. “Well, I’m glad that you are just listening to the lyrics because then we don’t have to talk about the music at all,” taunted Halo in FactMag interview from last year. The somber and then macabre tones of Quarantine and Chance of Rain was replaced by something more sanguine on Dust. “There’s already so much dark music out there that it’s really important to make music right now that offers solace, or positivity, or empathy, or connection,” she told Steph Kretowicz for FactMag.

There’s a definite playfulness to her music on Dust as lyrics like “sometimes I drink too much” swirl past answering message tones and all manner of quirky Delia-Derbyshire-esque sci-fi chirps. It’s an unmistakable Halo record, but expounding on her dense textural framework with a more organic approach than the previous albums as acoustic instruments and field-recordings mesh with synthesisers, drum machines and Halo’s heavily processed vocal. Lyrically it’s still a “vulnerable” record according to Halo in that Fader interview “and there are moments that are personal”. Like Quarantine, Dust is a mixture of personal and impersonal content according to the artist, but after her debut where “people got really hung up on the personal aspects of it”, Halo decided to be a “bit more mysterious or obscure” on Dust. Halo appears more approachable and accessible than ever on Dust in what isn’t entirely an evolution in her music, but rather an extroverted version of what came before it. Halo sounds more comfortable in her sound and her vocal than before and something she tells Aimee Cliff in that Fader interview resonates through the music: “A lot of the personal stuff [on Dust] has to do with how to lose anxiety, and how to lose fear, and how to feel less afraid to be myself.”

Dust marks the third in a very reserved output from Laurel Halo, that has seen an album about every two years. Each album marks its own unique statement on a discography that never rests on preconceptions. The three albums take the Laurel Halo sound into a new direction each time, and even when they appear completely disjointed there’s something embedded of the artist in every one. Out of Quarantine and into Dust her albums have made a significant mark on music in the last 7 years and each album leaves her music open-ended with a question mark as to where she’ll go next.