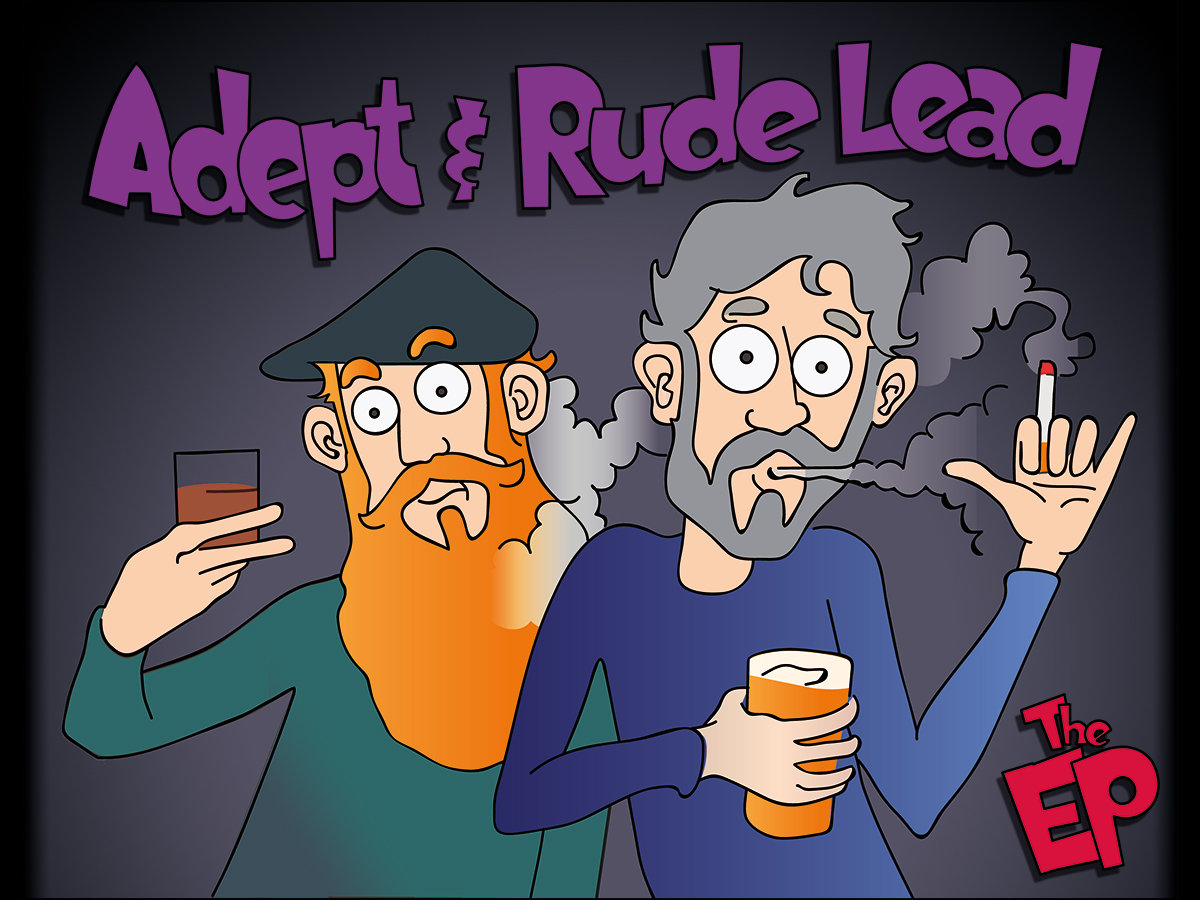 Dusty beats, melodically inclined samples, dub rhythms and engaging vocals take centre stage for Adept and Rude Lead’s next release and our album of the week. Simply entitled “The EP”, it suggests something inevitable and concrete has finally come to fruition for the Norwegian MC Adept and DJ/producer Rude Lead. The duo’s second only release to a mixtape from 2012, “The EP” affirms a sound for the two artists and it’s something that is uniquely theirs that qualifies for no comparison. Rude Lead’s subtle production touch alongside Adept’s characteristic vocal, in which you can hear various aspects of MC culture combining, makes a formidable pairing that has a very distinctive an unusual sound on record.

“The EP” has no relevance to any zeitgeist with Rude Lead’s choppy samples lifted straight from the fundamental building blocks of Hip-Hop in a way that is contemporary and relevant regardless from which perspective you approach it. It’s a blank canvas, but not an empty one and allows Adepts husky tenor an evocative space to expound on his tongue and cheek social commentary. There’s a sense of humour to his lyrics and their abstract, allegorical form offer no contemporary ideas, but rather engages through metaphors and similes that leave it all up to the listener to decode, often with his/her own subjective ideas filtering through. “Take a Fresh look” could be about finding a new perspective in Hip-Hop or it could be about perhaps opening your eyes to a new dangerous political rhetoric. Combine that with the melodic rather than functional use of samples from Rude Lead, a symmetry exists between the beats and the vocals that modern hip-hop often looses in the beats-for-hire approach. There’s something of Snoop Dog’s melodic touch to Hip-Hop in Adept’s voice, without baring any comparison either, that makes for more engaging listening than rapping over beats.

It’s just more of a feeling than anything, and that’s what you get throughout the five tracks here, a feeling. “The EP” is a Hip-Hop record that very much stands on its own, and like nothing you would’ve heard before. It’s our album of the week, and yes, we do realise it’s not actually an album, but there is something succinct to it that we believe might even be called a mini-LP and makes this quite a brilliant release. How could we not make it our album of the week.