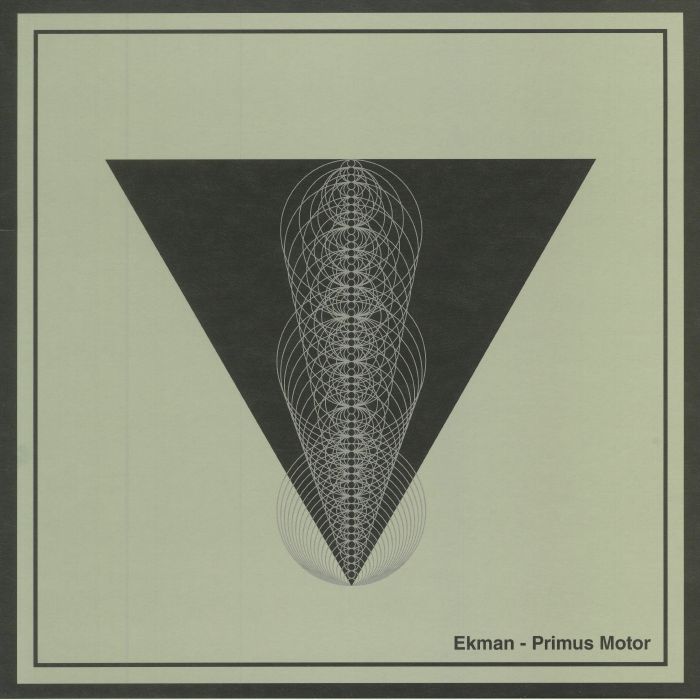 Ekman (Roel Dijcks) is a curious anomaly in the modern era of Electro. He’s been prodigiously releasing records on some of the most progressive records of the genre and Techno since 2012, featuring two distinctly different characteristics to his music. With a foot on either side of the North sea his records on labels like Shipwrec and Créme Orginization clearly favour a West Coast Dutch interpretation of a traditional Electro/Techno sound, while his music for labels like Trilogy Tapes or Berceuse Heroique feels more contemporary to the heavy-handed, snarling Electro and Techno currently making a lot of noise in the underground scenes of the UK and New York.

In 2017 he released several 12 inches on several labels, but “Onomatomania” on Trilogy Tapes is an entirely different animal to “Doomsday Argument” on Créme Organisation. Both are deeply rooted in the traditions of Electro, but where “Onomatomania” strips it all down to a heavily distorting kick-bass arrangement made to intimidate the body, “Doomsday Argument” transports the earlier sounds of the Hague into the contemporary, with melodic synths and pads floating through clean drum machines with more accessible results.

“Primus Motor”, his second LP,  is a continuation of the latter as he comes back to Shipwrec for the first release of 2018. Drum machines and synthesisers remain in character with a minimalist approach to the record. Grounded in the familiarity of Electro rhythmical arrangements with a retro space-aged take on synthesisers, “Primus Motors” is reserved and fairly innocuous in the context of Ekman’s extended discography. There are moments like “Goldbach’s number” with its distorted kick that hint at something closer to Ekman’s first Trilogy Tapes release, but it remains contained amongst beatific melodies and sustained strings.

There’s much more of an anthemic quality to the tracks  that is more suited for the album format of a dance record. The repetitive nature of the tracks are perfectly suited for the dance floor while the conservative melodic-harmonic phrasing offer something more visceral than the functional dance-floor track. There’s something of Robert Hood’s “Minimal Nation” on the record, and not just in the way the tracks have been stripped back to definitive parts. There’s a bare functionality to them where they avoid the usual album format of tracks made up of various unrelating tracks, with the ubiquitous ambient or filler track intersecting big room moments. The percussive drive is at the heart of it all, and there are no filler tracks. It’s an album that bares a comparison to classic Drexciya albums like Grava and Transllussion, but from the purview of the dance floor rather than the studio.