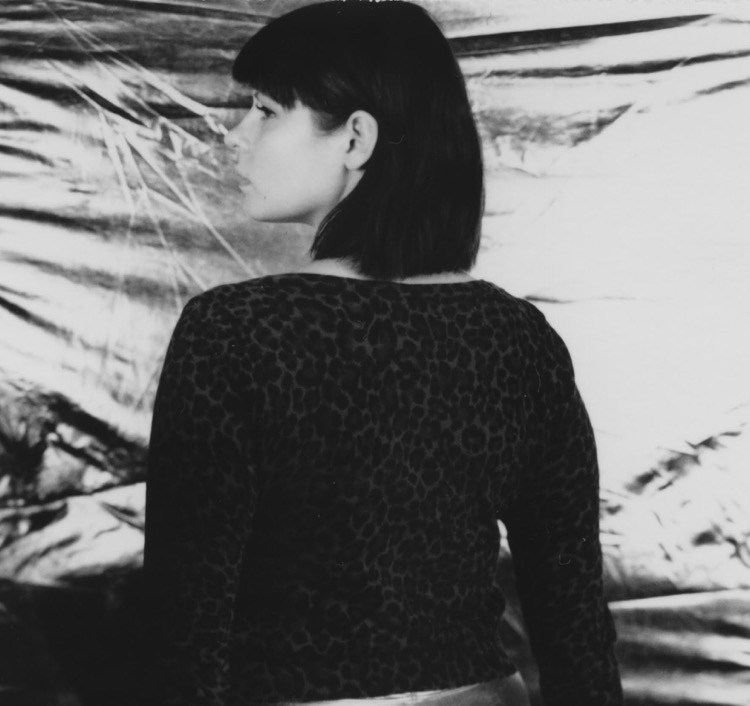 Charlotte Bendiks describes the music she makes and plays as body music – Music that works on a corporeal level, moving your body through contrapuntal rhythms and frequencies that pulse with the speed of the ritualistic drum circles that have been ingrained in us since the beginning of time. Charlotte likes the sensuality that body music imparts, allowing her to operate on a most intimate level with her audiences. She moulds her evenings at the decks around the audience’s desires, and when she turns to the production chair she calls on this experiences at the decks and the folk traditions of the north to create minimalists percussive focussed tracks that have found their way on Per Martinsen’s (Mental Overdrive) Love OD and Correspondant.

Her connection to her hometown, Tromsø is strong and like Martinsen, Biosphere and Torske she leaves traces of a frozen arctic north in her music, even if it might not lie on the surface like the artists that came before her. But like those artists from the region there is something of a universal appeal to the music that reaches bigger audiences. Recently Bendiks has caught the ear of Cómeme amongst others and has appeared on Electronic Beats and Boiler Room behind the decks, her star always on the rise. It was on the latter outlet where she and Borusiade represented Cómeme for a studio mix, and offered us a taste of their upcoming Øya Natt Cómeme showcase this Saturday. And with the artist visiting us soon, it gave us the opportunity to send her some questions in the hope of finding out more about this reserved talent. So we talk Tromsø, Cómeme and her upcoming gig at Jæger…

When I spoke to Bjørn Torske about making music in Trømso, he said it was because there was nothing else to do there. Is this a sentiment you share?

Not exactly. One of the things I love about Tromsø is that there is so much to do outdoors in the nature, which is the absolute best part of Tromsø and it is for free. And I do think Tromsø has a very thriving cultural life, but I know that it has blossomed a lot after Bjørn moved to Bergen. I remember one story he told me after he played at the Insomnia Festival in 2007 (I think), where he was very impressed that we were able to gather so many people at an event with underground music in this small city. He said they tried something similar in the early 90s, and to put together a rave party. Only about 10 people showed up, 5 were on the guestlist and 3 wanted their money back… So, I do think Tromsø has developed a lot since Bjørn was living here and making music.

How did your physical environment shape music an interest in music if at all?

The wintertime and the darkness up here are always very intense for me. It does affect me somehow, but it is very difficult to explain, as it is a very indefinable feeling I get. I somehow enjoy diving deep in to the darkness and giving up to it, musically and emotionally.

Tromsø is quite remote and isolated and yet the music that comes out of the region has a very uncanny universal appeal. Can you ascribe anything to the momentum the music from the region achieves around the rest of the world?

I really can’t. Somehow I feel very inspired by a lot of music from all over the world, and many of my friends up here who are also musicians, for example Kohib told me that he can tell that I have a different sound than a lot of other Norwegian musicians, but as Per aka Mental Overdrive says, he can still hear the arctic sound in my music. And I have no idea what exactly they are talking about.

You caught the ears of Cómeme. Do you know what drew them to you, and how has your relationship with the label and radio channel evolved since?

Actually we met as friends. Maximo one of my closest friends, moved from Germany to Tromsø to work as a chef, until he met me and we started making music and parties together – The Moist parties. Maximo was a very good friend with several of the Cómeme guys and introduced me to them and their music. I met them and we also became friends who started talking, sharing music and moments together. The relationship grew because of our mutual interest in same musical feeling and ideas about the music world.

While most of your Tromsø musical peers have moved away, you still call the city home. What keeps you anchored there?

Tromsø is a very special place and will always be my home and a place I will return to, even though I sometimes spend time in other places of the world.

Is there anything that would compel you to move away?

Of course. Curiosity, experiences, friends and who knows what, where and when.

I’ve heard you describe the music you produce and like to play as body music – music of a physical experience. When and how did this idea take root in your musical development?

Playing body music is also playing with sensual physicality. Music has always been an audiovisual physical experience for me, I want the frequencies to hit my body and the rhythms to move me, and I want to move everybody on the floor.

I find a lot of ritualistic minimalist percussive elements to your music and DJ sets. Has this some direct correlation to the idea of body music for you?

It sure has. It has everything to do with the ritual of moving your body to rhythms and letting the rhythms move you.

Is there a modern track that perfectly embodies the idea for you?

It could be many and none. I don’t think I can answer this question.

Listening to your mixes it suggests that body music exists across various styles and genres for you. Is there something inherently yours, which influences your selections and ties it all together in the concise manner your mixes come together?

I started using body music as a description of my music after my friend Maximo wrote it in one of my first biographies. I found it very hard to describe my music with styles or genres. I can’t commit to playing one style, tempo or genres because I am inspired by and enjoy playing so many different types of music, so I wanted to describe my music like a feeling and as an experience instead of locking it down to one specific style. Playing body music is about musical freedom.

I’ve only heard the recorded mixes however and when you come to Jæger it will be the first time I’ll hear you in the flesh. How would that experience differ from your recorded mix, and what similarities could we expect?

When I am in a club I have an audience who respond to what I play and there is definitely a communication between the crowd and me, and it shapes the selections I make. I want to connect with everybody in the room and share a euphoric moment together with them.

You’re playing alongside Borusiade, who you’ve played alongside before for a Boiler Room studio session earlier this year. What similarities do you think you share with that DJ and artist?

I am very happy to play together with Borusiade, she is one of my favourite Djs and a very good friend. We played together many times since we met for the first time last may in Dresden. We were actually introduced by our very good friend Lena Willikens.

Are they similarities that can be considered defining characteristics of Cómeme, which relates to this event being a showcase for the label?

I don’t like describing musical similarities, I prefer to think of music and musical expressions in a very free and open way.

It also suggests that your future might be intertwined with that of Cómeme’s. What exactly is to come from this relationship?

I will always be a very big fan of the label and it’s artists and continue sharing music with the Cómeme family that I am very happy to be included in.

And what will its immediate effects be when you take to the booth on Saturday?

You will know when it happens.