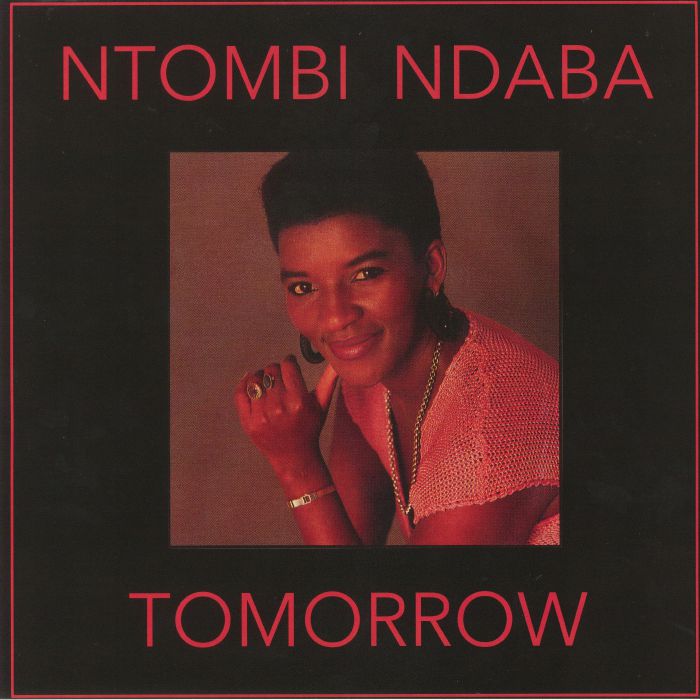 Afro Synth is a DJ, blog, record store and now a label out of Johannesburg, South Africa that has brought the musical genre known as bubblegum to the world stage. A labour of love for Dave Durbach, DJ Okapi who has been collecting and playing these records and other obscurities from the African continent and especially South Africa for the better part of 10 years. After a couple of 12″ re-issues of Kwaito and Disco, comes the label’s first LP, a compilation of music from South Africa’s long-lost treasures, Ntombi Ndaba.

“Tomorrow” is a carefully selected body of Ndaba’s work throughout her short but virile career recorded as Ntombi Ndaba & the Survival. Ndaba quickly found a voice in the era of South African pop music, later known as Bubblegum joining a choir that included included artists like Brenda Fassie and Cheek to Cheek. (Coincidentally Ndaba performed with both Fassie and Fumi Maduna of Cheek to  Cheek in a theatre production called The Hungry Spoon.)

Although her music found its way onto the labels like EMI, Ndaba’s brief recording career came to an abrupt halt in the early nineties, and where artists like Fassie became internationally renowned, Ndaba retired and almost disappeared into obscurity. That was until Okapi and Afro Synth brought the artist to the world’s attention again with this compilation, coming at a time when there’s a renewed buzz around the bubblegum sound.

The sound of the record will appeal to anybody who is familiar with the genre, but it’s Ndaba’s deep, passionate vocal at the fore that also sets it apart from other artists of that time. The quirky lo-fi electronic sound of  the time provides a striking contrast to her soulful voice, which adds a fervent, dramatic touch to the music. Tracks taken across her short discography from 1988 to 1991 show  a more mature side to the infectious pop arrangements.

There’s been some criticism that much of that bubblegum sound is very interchangeable, but there were a few people that set the bar just a little higher and Ntombi Ndaba was one of them. Ndaba’s career might pale in comparison to somebody like Brenda Fassie with only four albums to her name, but they made indelible mark on the music of that era which Afro Synth immortalises for the next generation in this compilation.

You can read more about Ntombi Ndaba and this compilation over on the Afro Synth blog.